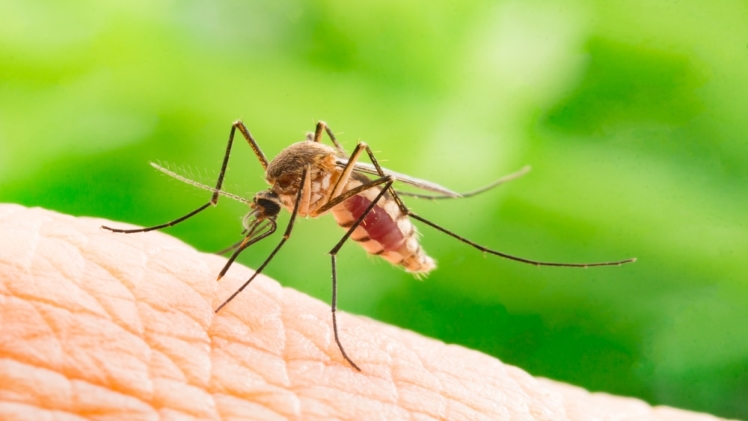 Pest control is known to be very harmful not only to humans and the environment but also to pests as well. We know that pest control uses pesticides or other chemicals to kill pests such as rodents, wasps, hornets, flying ant, and many others.

But his approach is considered inhumane and not all have accepted it. Aside from the fact that these chemicals can harm the environment, they could kill the pests targeted and other animals in the vicinity, such as wild animals and even your pets.

On the surface, removing undesirable creatures that hurt or distress you or the animals living in your house or property would go against the morals of veganism.

Placing a ton of traps intended to kill rats throughout your house would also undoubtedly not be categorized as vegan. However, what should a vegan do? Simply allow wild mice to live in their houses and help themselves to your cereals, nuts, and seeds as they proliferate in numbers?

According to the concept of veganism, a vegan lifestyle is adopted “as far as is feasible and practicable.” It is obvious that there are certain situations where it is not practical to adhere strictly to vegan standards.

One such instance is immunizations, many of which have been experimented on on animals and many of which contain animal ingredients. It’s obvious that it is not practical to refuse all vaccinations on these grounds, because doing so could hurt you as well as other members of society. And, after all, we are animals.

Is it really practical to let a wasp nest stay in your home’s air vent due to the unwelcome intrusion of wild animals? Several vegans would contend that it would. What would happen if you or a member of your family experienced severe, possibly fatal allergic responses to wasp stings?

In that case, it could seem OK to stray a little from the vegan code in order to defend taking action to eradicate a wasp nest. You might already have the idea of veganism and pest control. Thinking about the ideals of veganism while looking at the pest infestation in your home can be a very inconvenient situation.

Fortunately, there are pest control companies that offer vegan pest control methods that will surely be performed according to the standards of veganism.

What Is Vegan-friendly Pest Control?

Vegan-friendly pest control uses a humane method of pest management in contrast to the standard pest control we’ve known for decades. In controlling pests the vegan way, there are no poisons utilized and it ensures that the pests will not be harmed as well as your pets, other wild animals, and even you.

The main objective of vegan-friendly pest management is to catch and release rather than poison the pests. So if you are worried about how you can get rid of pests without hurting them, then worry no more. This new way of managing pests will surely adhere to the standards of veganism.

What Is the Catch and Release Method?

There has been some disagreement about whether or not the different catch and release traps (mainly used for mice and other rodents) adhere to vegan ethics, despite the fact that they are unquestionably better than traps that kill or maim animals.

Regardless of whether a creature is not physically harmed, it is reasonable to assume that being imprisoned in any way will undoubtedly induce stress. And it could be seen as particularly harsh if the animal is carried far from the location it once considered home and then put in a strange setting where there might be predators or not enough food.

With that said, individuals who are experiencing a rat problem may come to the conclusion that it would be in the best interests of the creatures in question to capture them (without deliberately hurting them) and release them into an area that is more like their natural environment.

Naturally, this depends on checking the traps frequently to ensure that rodents aren’t left around for an extended period of time after being captured. Even so, this is unlikely to resolve some vegans’ ethical concerns.

However, as was already stated, this is still much preferable to hiring a professional pest control service that doesn’t offer vegan pest management and would have no reservations about killing the rodents in whichever way they believed to be the most effective.

The Best Course of Action Is Always Prevention

Making sure that all these pests can’t enter your residence in the first place could also be your best course of action as a vegan. You won’t need to take any drastic measures in the future if you follow the following prevention:

Block All Points of Entry

Begin by carefully inspecting your house. Find any openings, gaps, or holes where rodents or other pests might sneak in. Take heed of any cracks and crevices in the walls, ceilings, and other areas. These creatures frequently manage to squeeze through even the tightest openings.

Once you’ve found them, cover them up. Utilize any material that will function as a barrier, including caulk, glue, and cement. To ensure that the sealants stay, you must keep a watch on them. Make it a habit to regularly inspect your residence to ensure no new gaps are appearing.

The majority of animals that enter residences do so in pursuit of food. This could be moths sneaking into a cabinet full of bedding or mice scuttling through food cabinets where grain and cereals are not properly maintained. Other examples include ants snatching remnants from the floors or work surfaces.

In conclusion, there are various ways to prevent creatures from obtaining the food they need. For example, keeping floors and surfaces clean will reduce the amount of leftover food that bugs and other critters can sniff out.

Additionally, it makes perfect sense to handle and store what is likely to be appealing to rodents—such as seeds, cereals, nuts, and even peanut butter—properly, preferably in airtight containers that can’t be chewed into. It can also be beneficial to store winter clothing, blankets, and other goods that could attract moths in airtight bags or boxes.

Start Managing the Pests in the Vegan Way

Now that you have familiarized yourself with the vegan way of managing pests at home, you should start planning on how to control the pest problem you are currently experiencing. You may wonder, “Who is the best pest control near me?”Look no further and check out Parker Eco Pest Control and book them immediately.